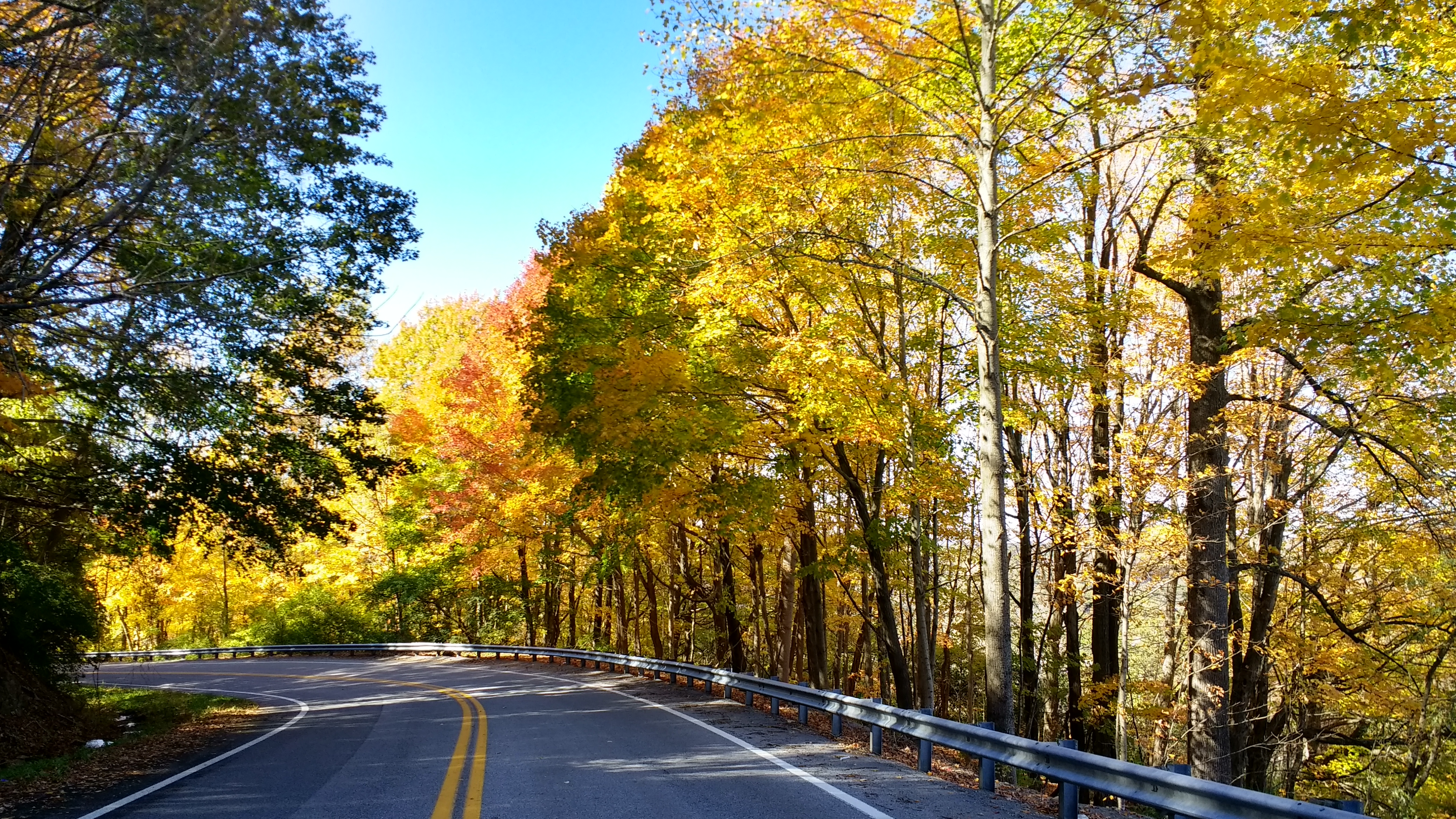 In Mr. Bone’s article, a quote from Lord Botetourt head coach Jamie Harless reminded me of my love for football and what it’s taught me about life. Coach Harless said, “Coach Simon and these guys, they do a heck of a job with their program. Bluefield is one of the most respected programs around. I’m jealous of them. Look at the facilities they have. Look at the community; the way they love football, the kids love it. It’s a football town, and they have something special here.”

In 1959, Coach Merrill Gainer and his coaching staff, recruited from McDowell County’s Big Creek High School, arrived in Bluefield to head up the football program. Coach Gainer served as our head coach from 1959-1967. In those nine years, we won 93% of our games (87 wins, 6 loses and a tie) and four Class AAA West Virginia state championships.

Coach John Chmara, one of Coach Gainer’s assistant coaches, succeeded Coach Gainer in 1968 and served as head coach until 1985. His teams won two state championships. Coach Chmara was my head coach – more about that later.

Coach Fred Simon has served as head coach since 1986. He both played and served as an assistant coach under Coach Chmara. So far, his teams have been to the state championship game ten times winning five championships.

I became a die-hard football fan on Thanksgiving Day in 1970 when the Oakland Raiders lost to the Detroit Lions. George Blanda, then 43 years old, had been very successful in pulling out some close games for the Raiders in October and November. He and the Raiders fell short that day, but his story inspired me. I instantly became a fan of football, George Blanda, the Raiders and, more importantly, athletes who excelled at an age after most others had retired.

Growing up in Bluefield, football was always a part of my life. We would often play sandlot football in our neighborhood. I loved to see the Beavers play at Mitchell Stadium. The high school players were my heroes. For some reason, I never chose to play organized football in little league or junior high school.

Back in those days, junior high school ended in ninth grade. During my ninth-grade year, Coach Chmara’s team won their first state championship. Mitchell Stadium hosted the championship game for the first time ever. I watched my heroes win that game on a frigid day. As I sat there shivering in the stands, I decided I was going to play football for the Bluefield Beavers!

My Career in Football – Getting Started

I didn’t know anyone associated with the football team, but I did know the first step was to show up for the physicals before practices started. The Bluefield Daily Telegraph ran a notice each July announcing the time and place of the physicals. I ran down the stairs every morning that summer to check the newspaper for the notice until I found it.

Only 14 years old, I walked into the room full of my heroes including the coaches and members of the state championship team. A few in the room looked at me and wondered who I was, but they mostly ignored me. I felt comforted by the presence of a few other sophomores I knew from junior high school. I weighed in at 133 pounds, very small for a football player, but, otherwise, the physical went well.

On August 1, the first day of practice, I was near the end of the line for equipment distribution. My head is very large and there weren’t many helmets left. One of the coaches looked around the equipment room. He found an old helmet that looked like a refugee from the 1950’s. The helmet was a tight fit, but he eventually got it on my head by hitting it with his fist. He smiled and triumphantly said, “It fits!”

I was then an official football player for the Bluefield Beavers. In addition to the challenges posed by my small size and too-tight, outdated helmet, I underestimated the learning curve of moving from sandlot football to organized football. I also lacked speed and upper body strength, two important football attributes. I’m lucky Coach Chmara had a no cut policy for any players willing to work hard.

My Career in Football – The Rest of The Story

I was fortunate to play football for the Bluefield Beavers for all three of my high school years. I worked hard each year and improved as time went by. My abilities and experience never led me to become a starter, but in our last home game of my senior year, Coach Chmara started all the seniors.

I started on offense at right end. Most of my time in practice was at left end, but the starting left end was also a senior. We scored a quick touchdown on a running play, the “26 trap.” In the game for the next series, I thought I heard our quarterback call the “26 pass”. I was excited by this call as my role on the pass play took me into the end zone on a flag route.

As I arrived in the end zone, a huge roar arose from the crowd as I looked up for the ball. In that moment, time stood still. I was convinced that the ball was in the air and that I had to catch it no matter what! It would be my first, and only, touchdown as a Bluefield Beaver! The crowd was roaring for me and I couldn’t let them down!

But they weren’t. I saw the officials signal a touchdown, but I didn’t have the ball. The quarterback had called another “26 trap” and we had scored again. Having scored two touchdowns with the play, we ran it again the next time we had the ball. I missed my block and the defender made the tackle. The coaches pulled me from the game and that was the end of my game as a starter.

As we left the locker room that night, I looked around the empty stadium illuminated by only one bank of lights shining on the field. The shadows cast by the lights echoed the thunderous cheers of the crowds from years past and, at the same time, promised years of thrilling games to come. I felt sad that I would never walk out of the stadium again as part of the team, but happy that I had been a small part of our football tradition.

Eventually, that tradition will end. Mitchell Stadium will be gone. Bluefield High School will cease to exist. The wins, losses and championships will become history. But for now, this year’s team will learn from Friday night’s loss and play their hearts out for the rest of the season. No one will be surprised if they win another state championship. I’m counting on it!

The lessons we learned on the football field and in practice will remain long after the tradition ends, passed on to future generations by the coaches and players who worked hard and gave their hearts to their community, their school, and their team.

One of those lessons is that teamwork is essential. We can achieve so much more working as a team than as individuals, and team wins are more satisfying than personal wins. We always had our teammates backs. I remember when the father of one of our teammates passed away the entire team and coaching staff attended his funeral. We were teammates in life, not just in football.

Consistent effort brings consistent results. We practiced all day from August 1 until the season started, five days a week and most Saturday mornings. Once the season started, we practiced Monday-Thursday and played on Friday. On Saturday we had a short recovery workout and cleaned our helmets and game shoes. On Sunday, film day, we dissected every play from Friday’s game to learn from our mistakes and celebrate our successes. In the off-season, we either participated in other sports or weight-lifting.

Enthusiasm is important. When you’re excited about what you set out to do, the sacrifices aren’t as burdensome. If you’re no longer enthusiastic about reaching your goals, consider whether they are still important to you. If they are, think about why they are important to you and you will reclaim your enthusiasm.

Courage is essential. All adventures start with courage. We never know exactly where our journeys will take us, but if we find the courage to begin the journey and stay the course, we will enjoy the process and meet with success.

The most important lesson I learned is that anything is possible. You can achieve anything with disciplined effort, teamwork, intention, and belief. Yes, you can believe your way to success. The only real limits in our lives are those we place on ourselves. I’ll always remember stepping into my courage as a 14-year-old boy and beginning an incredible adventure that helped me grow into a young man. A man who believes all things are possible.